It has really become an institution in Washington (151Cong.Rec.H3559)

After our initial visit to the Washington Monument, we headed to another nearby institution: Old Ebbitt Grill, the oldest bar and restaurant in the city (left). The wood-paneled, gas-lamp ambiance was worth it, but the beer prices weren't, so we soon headed to happy hour around the corner at Chef Geoff's, where almost-40-ounce Supermugs cost less than 8 bucks. After our second trip to the obelisk, we introduced TJ's family to another long-standing DC establishment: Ben's Chili Bowl. Its claim to fame is chili on Half Smokes, but you can also put it on fries with cheese or by itself in a bowl (right). 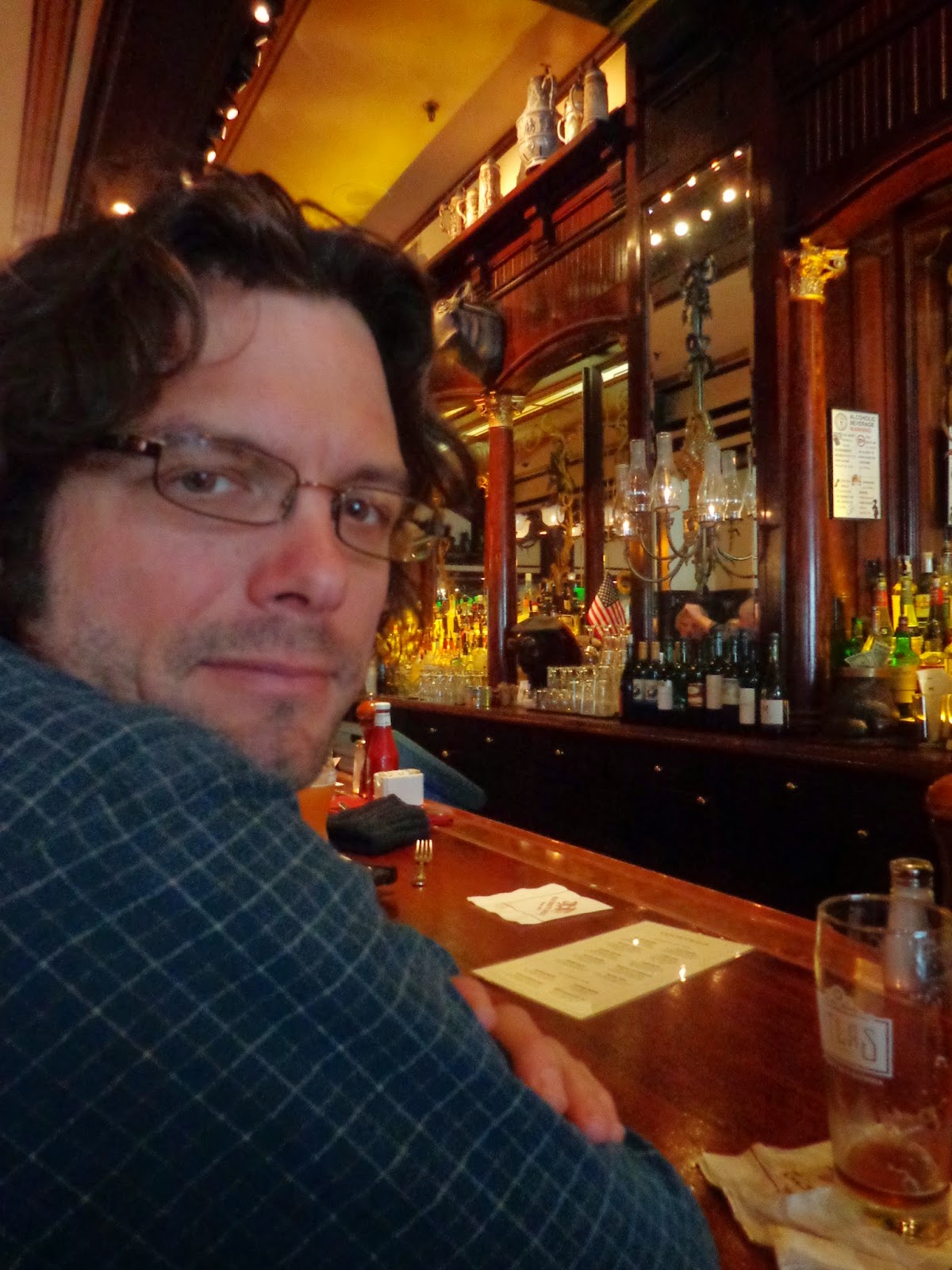 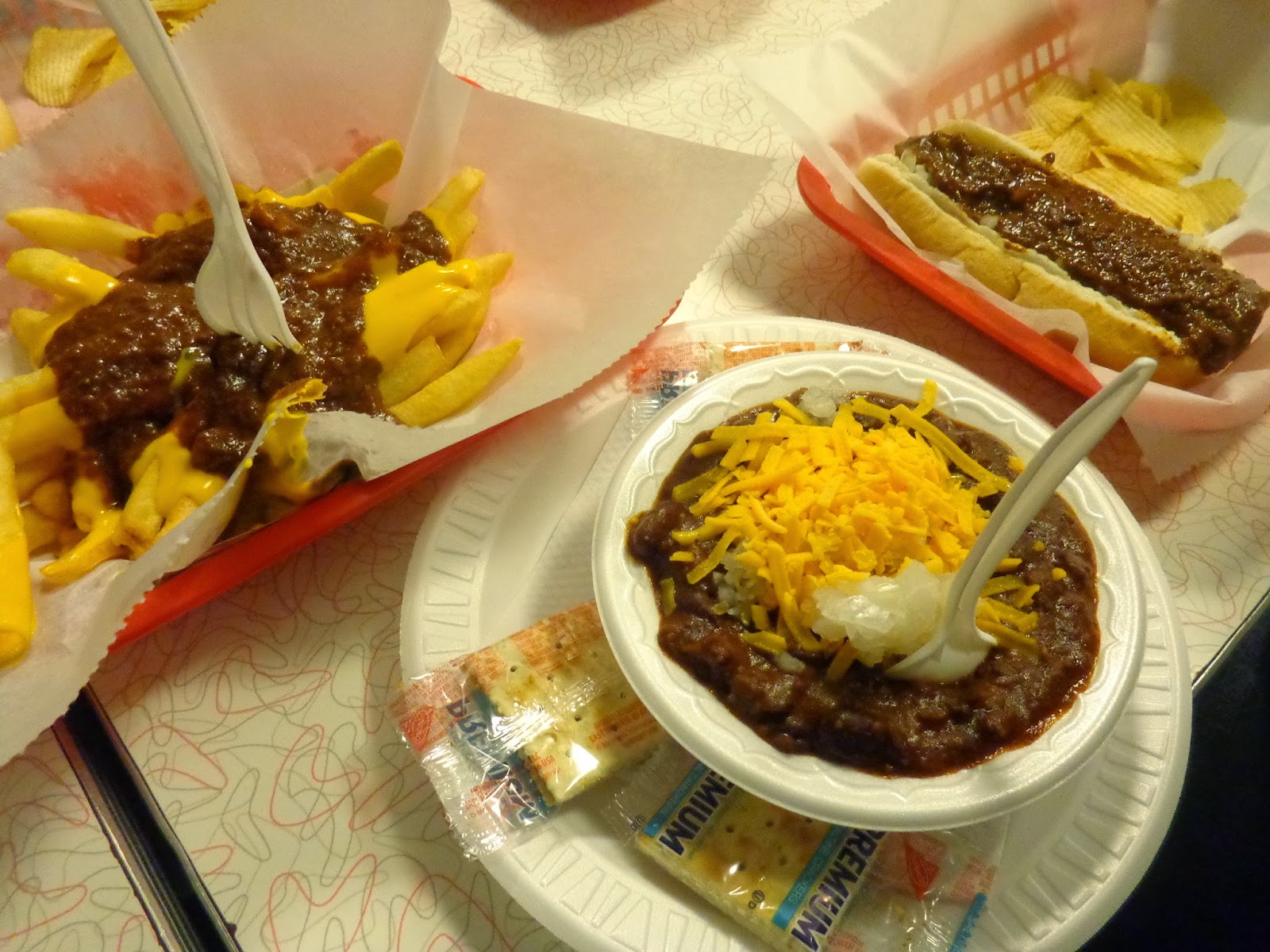 The matriarchal proprietor told us how Ben's Chili Bowl beat Cincinnati standard Camp Washington Chili in a cookoff. We wanted to keep giving TJ's family tastes that they can't get in Ohio, where Taco Bell is considered ethnic food. So for our Sunday lunch, we picked up oversized sandwiches -- homemade bratwurst, Braunschweiger liverwurst, and hot pastrami among them -- at Polish-cum-French chef Jamie Stachowski's Market. We didn't realize there was little seating at the store, so the sane among us ate our picnic lunch in the car, parked just beyond the walls of Georgetown University. 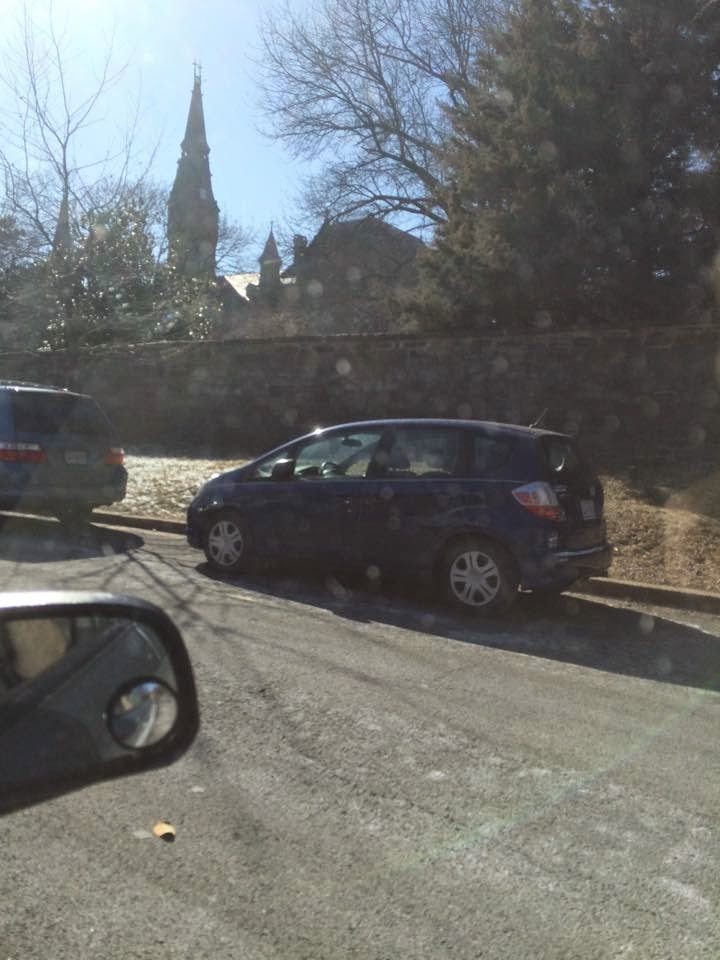 The night before, we ventured out to Falls Church to try the Afghan fare at Panjshir. We all shared appetizers of aushak and sambosa goshti and a dessert of firnee. TJ ordered lamb korma with maraba-e-saib (left), and my main dish was basically the same, but with pumpkin kadu instead of apple jam. We jumped to another continent for dinner at Abi Azteca Grill & Bar, where most of the table opted for Salvadorean pupusas (right). Because I'd had the pupusas previously, I went with the carne adobada, the leftovers of which we later repurposed as tacos. 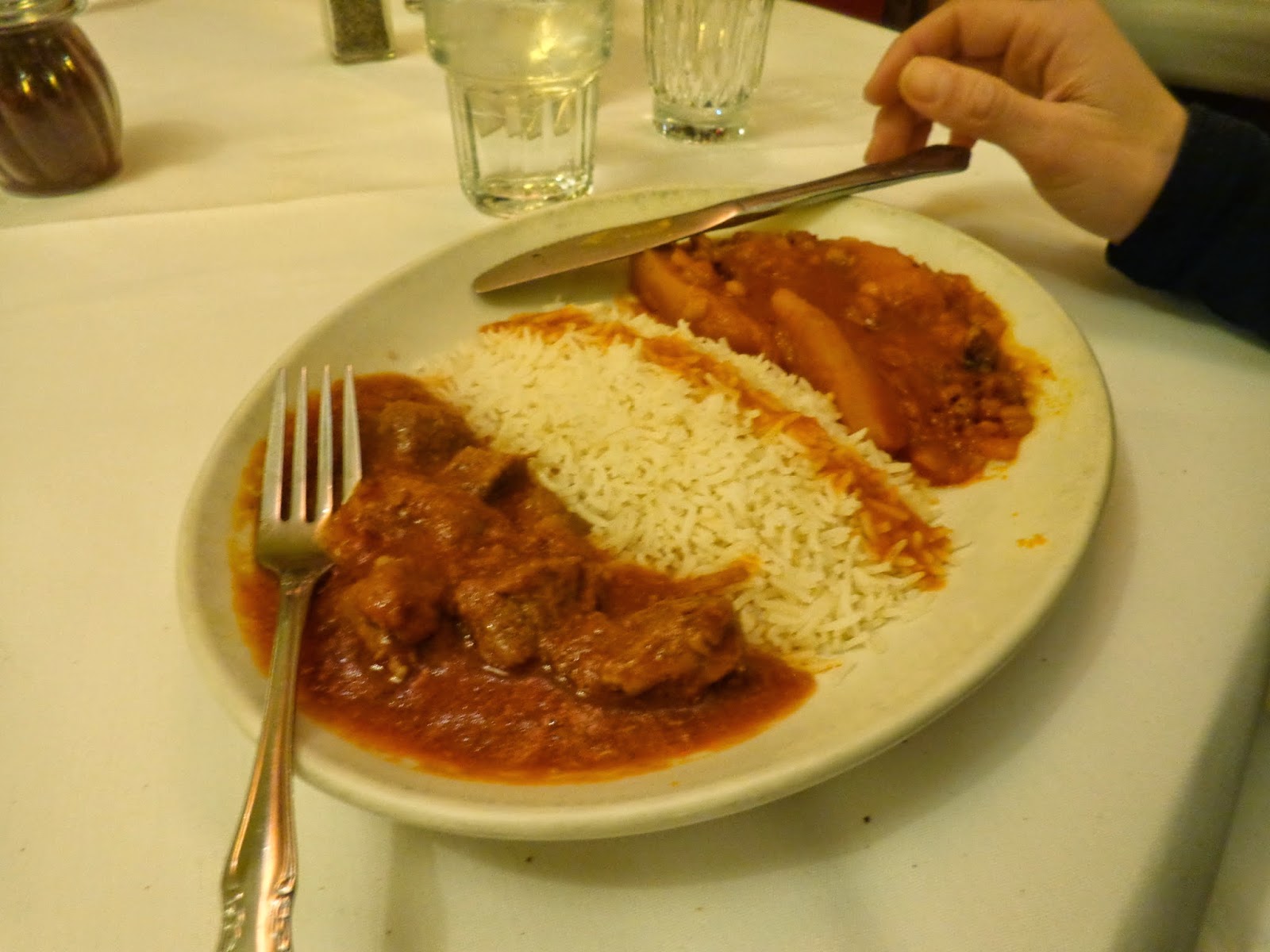 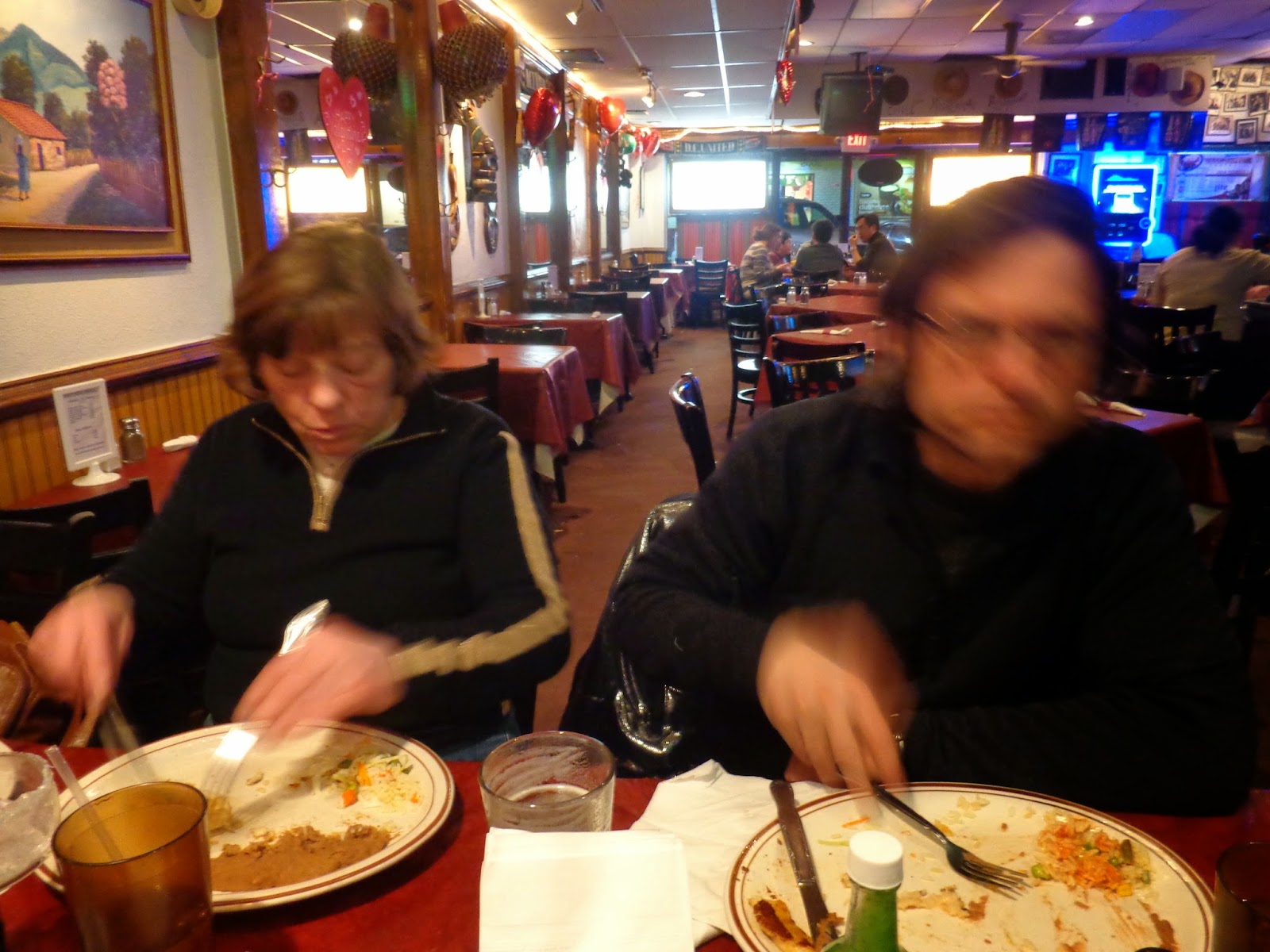 We also wanted to let TJ's family sample DC's craft-brew scene, so we headed to Atlas Brew Works (left). I saw a batch of Brett beer in the works (right), but our flight was sour-free: District Common, Rowdy rye ale, La Saison des Fêtes saison, Town & Country Belgian ale, and Pumpernickel Stout. We tried to hit up nearby One Eight Distilling and New Columbia Distillers, makers of Green Hat Gin, but they are open only on Saturdays, and unfortunately we just missed a Sunday tasting at DC Brau Brewing Company by an hour. 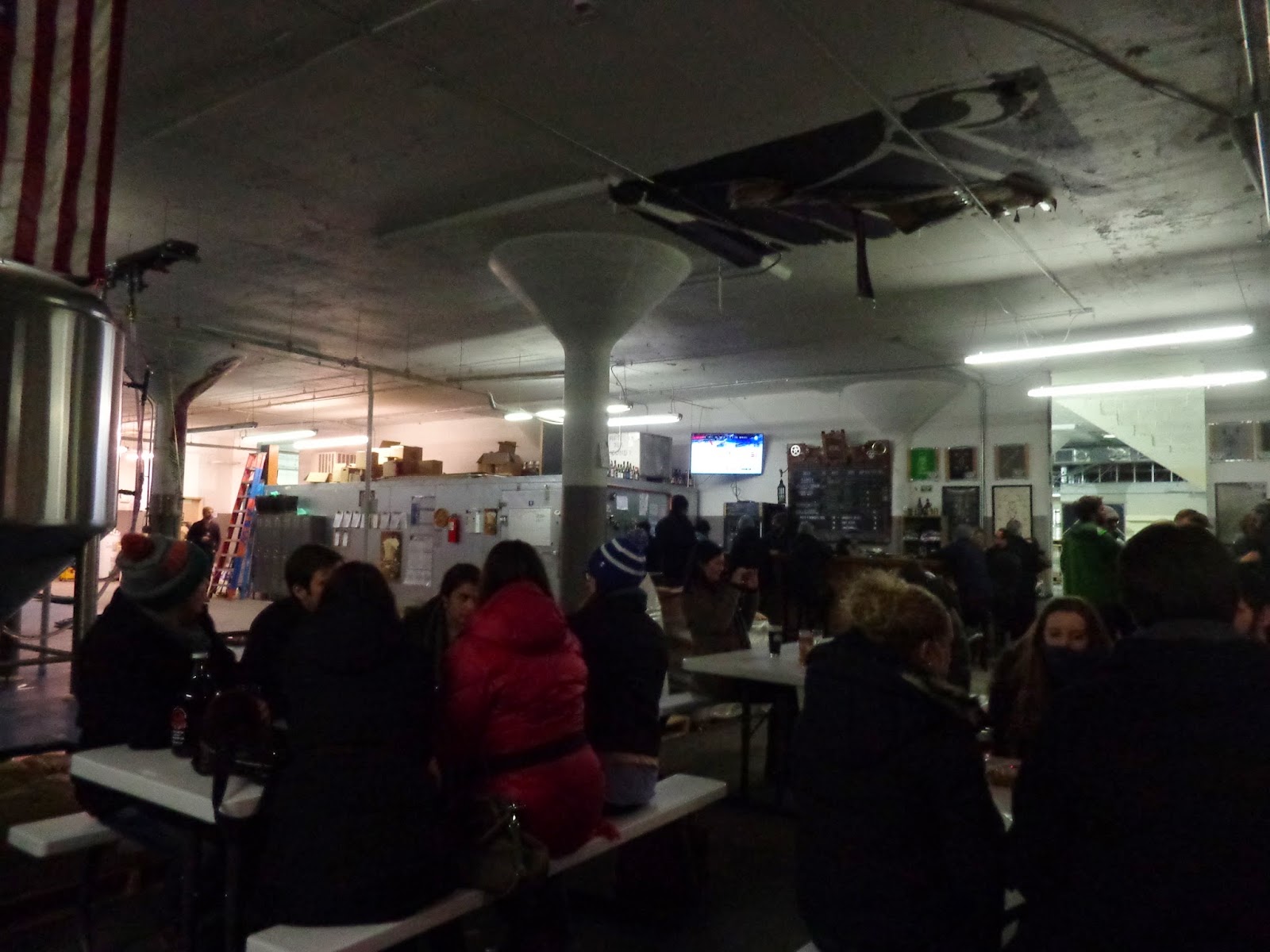 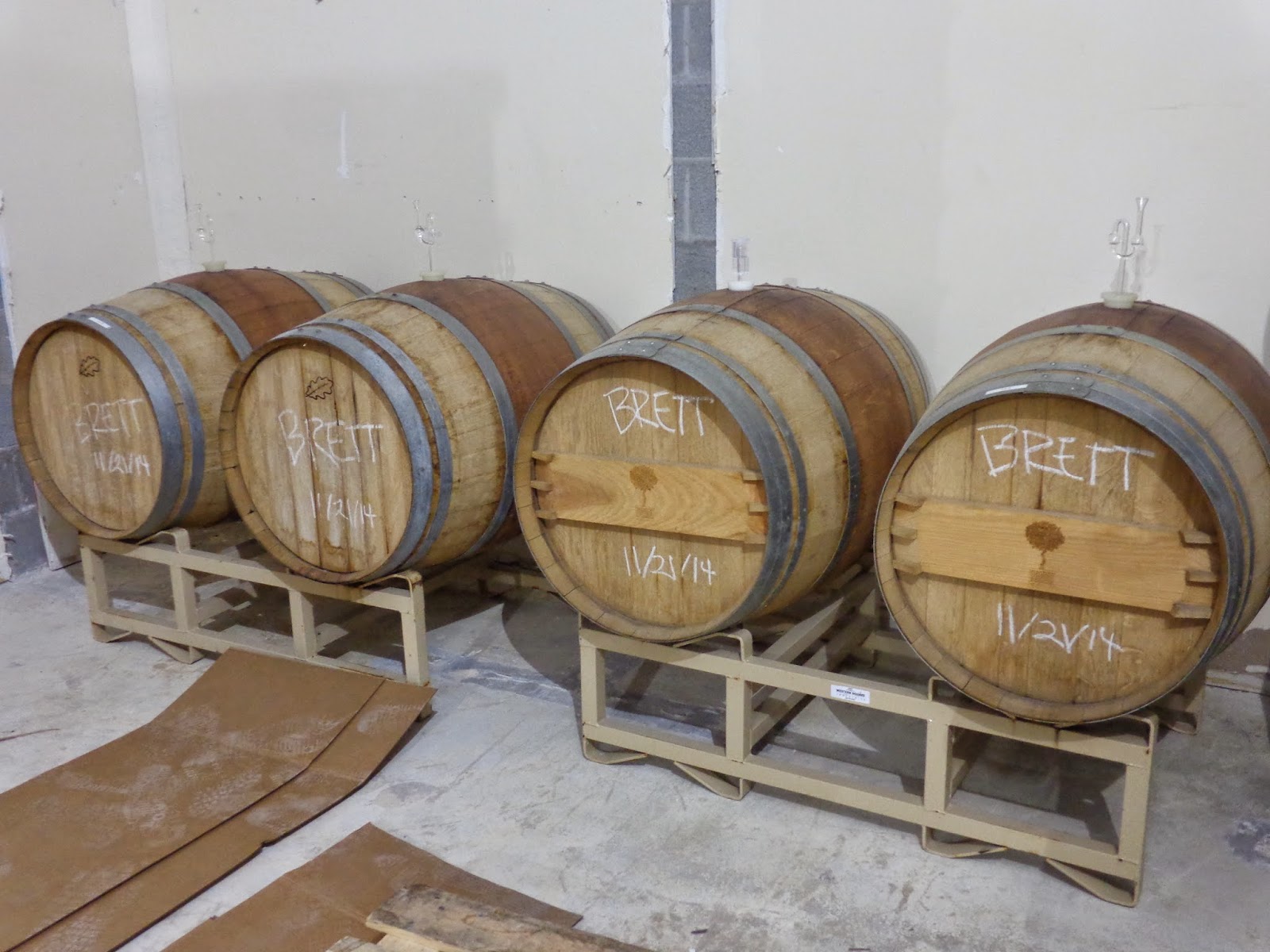 A few weeks earlier, family- and fancy-free, TJ and I focused on foreign cuisine and local spirits during two Restaurant Week outings. During a rainy night at Brasserie Beck, we opened our meal with Belgian classics of mussels, oysters, and foie gras terrine (left), then followed through with Flemish-inspired beef carbonnade and steak & frites (right).

A few days later, we were happy to forgo the Belgian beers and choose from the craft-beer stock at Roofers Union (top), which is a far cry from the sticky-floor choices of the former Reef nightclub that used to be located in the space. Head chef Marjorie Meek-Bradley was going to prepare grilled octopus at a James Beard Foundation reception in New York, but she got snowed out, so we added the dish to our appetizers of French onion soup and crispy pig-ear salad (bottom left). Somehow, we managed to save some room for our main courses of chicken sausages and duck confit (bottom right). 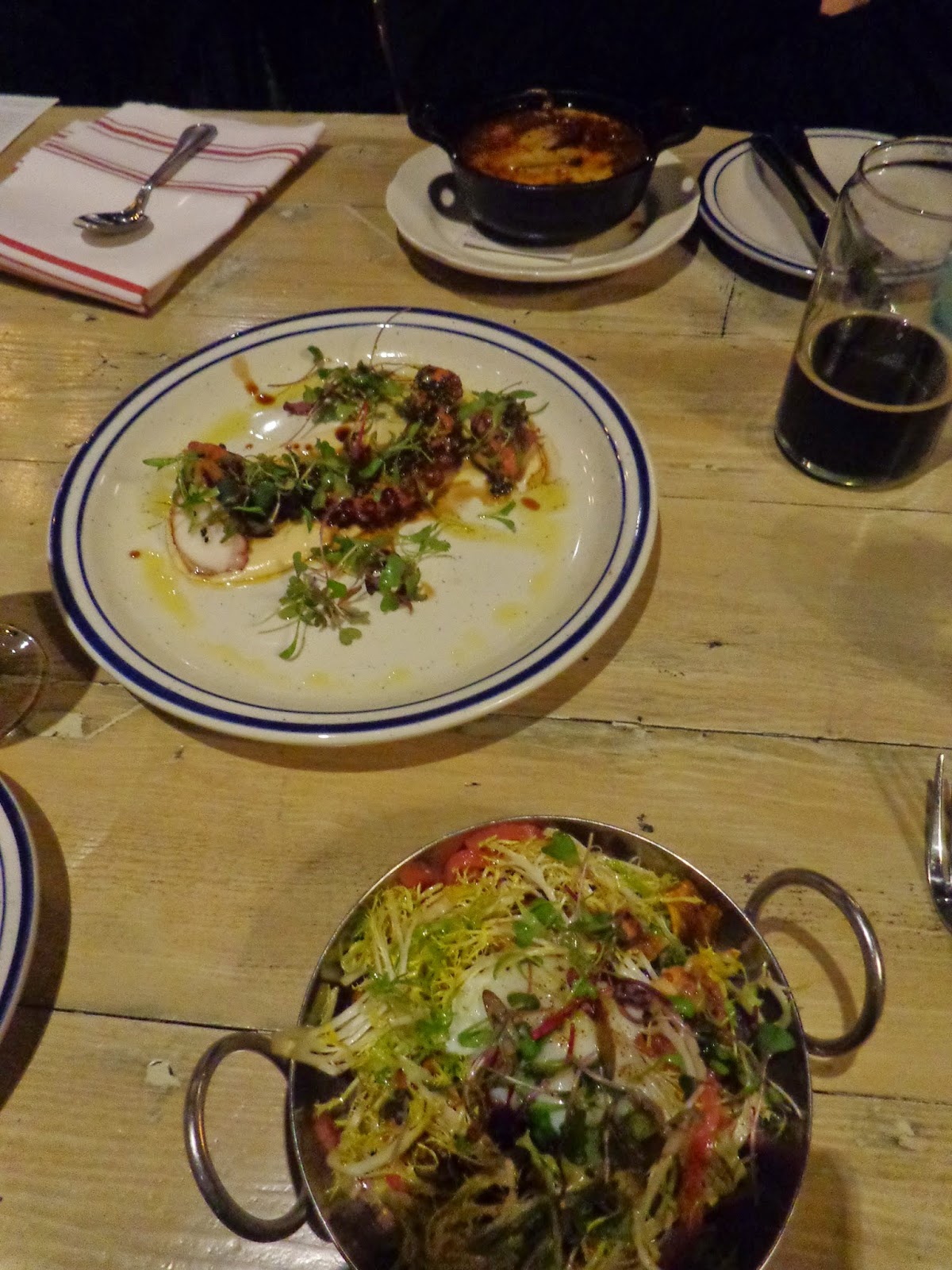